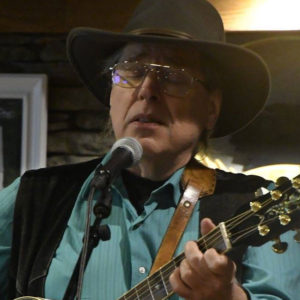 In another lifetime, Mike Glick swapped first LP’s with Lucinda Williams, had Pete Seeger call him, “one of the best songwriters going,” and was mentioned as inspiration in the record notes for avant garde classical composer Frederic Rzewski’s award-winning piano composition “36 Variations on the The People United Will Never Be Defeated.”

Mike is a singer/songwriter/satirist who began solo with his first recording, City Dreams and then his group, Mike Glick & The New Song Project (aka The New Song Quintet). He’s toured and played in Greece, Portugal, Spain, India, Cuba, Bulgaria, Germany, the old USSR, Italy and elsewhere, and in many parts of the USA. Now for the last few years he’s been rebuilding his musical career, writing and performing, perhaps better than ever, with many new songs.

Since being dragged kicking and screaming back to his musical career by his son Aleksi, a virtuoso guitarist, he has recorded three new CDs (to add to 5 recordings in his earlier musical life): In These Times, Generations: Two for the Blues, and his latest which was released in June 2020, Alternative Facts & Other White Lies.

“Mike Glick has been a dedicated activist his whole life as well as a brilliant singer-songwriter who is at home with the countless styles of music that he grew up with in New York City! He has that rare gift of making you want to sing along the first time you hear his songs and then go home and STILL hear them. It was a special treat to be part of this new series of songs as his sideman. He and his son Aleksi both play so fluently it is easy to be part of their band. His songs and the way he sings them are built to last and he continues to inspire young singer-songwriters and listeners to LISTEN because he provides us with something to really LISTEN TO!!” – David Amram, composer and performer

“Mike Glick is a singer/songwriter of wit and clever songs that get audiences humor up into the rafters. He has a way with lyrics and can twist and turn them on a dime to make some interesting, and in some quarters, controversial points.” – Rick Landers – Guitar International Magazine, May 2019

“Mike Glick is a songwriter from another generation. If you don’t know what I mean by that, consider that Glick counted Pete Seeger as a friend, and wrote him a moving tribute when the folk legend died back in 2014. At this point in his life, Mike performs as Generations, a duo that features him and his son Aleksi Glick. Together they perform original and classical folk songs that follow in the footsteps of age-old American acoustic music.” – Brooklyn Magazine, June 2016

“In the music world there are showmen and there are craftsmen. A showman, even one with mediocre chops, knows how to hold an audience, give them their money’s worth, and leave them wanting to come back for more. The craftsman, on the other hand, is technically skilled, a master of his or her craft, whether it is singing, playing an instrument or writing a song. If you can only be one, it is better to be a showman, because there are, unfortunately, too many technically skilled folks who just don’t know how to put on a good show…. Mike is both the above, and he’s more than that, because he adds in two intangible, but very real elements: ggod taste and real compassion” – Steve Suffet – Peoples’ Voice Cafe, New York City, January 2018 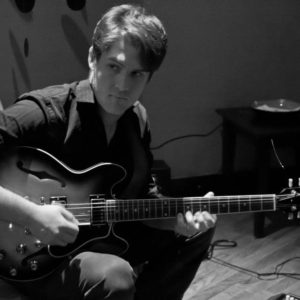 He has been the guest artist on The Musicians show on WKCR and has done many other radio and television appearances, including on major networks such as NBC and Fox. He’s also composed and played music for both television and film. Projects include a guitar performance on Lego DC Super Heroes: A Case of the Mondays and composition for Comcast SportsNets EMMY and TELLY winning series The Journey. One of his songs, “Fight or Flight” with Snack Cat, was a Finalist in this year’s MASC competition in the R&B category. He is currently recording a solo album of jazz guitar.

Aleksi is a graduate of the Peabody Conservatory, where he held the Charlie Byrd Memorial Guitar Scholarship.

As a concert presenter, Aleksi founded and directs the concert series Newer Sounds at Hosteling International NY. He also has helped with the booking for many of NYC’s top music venues and has presented at APAP. 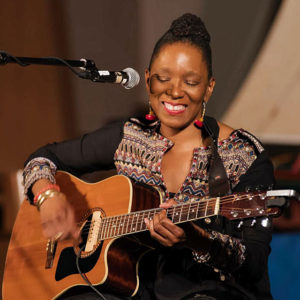 Lindsey Wilson is a NYC singer-songwriter and much in-demand vocalist who is privileged to have performed at the BMCC Tribeca Arts Center, Joe’s Pub, and the renowned Walkabout Clearwater Coffeehouse. She brings great harmonies, energy and lead singing and even more depth to the group’s soulful music. Lindsey is featured on the group’s latest recording Alternative Facts & Other White Lies, and co-wrote “Come By Here” with Mike.

She is a board member of the newly developed non-profit organization Kupanda Sisters, Inc. Lindsey has been honored to perform with folk and jazz singing notables such as DuPree of the duo group Casselbury and DuPree, Bev Grant, Judy Gorman, Mike Glick, Barry Kornhauser, Daniel Carter, Natu Camara and Bern Nix. In 2011, she formed her band The Human Hearts Trio with Reggie Sylvester on drums and Michael Trotman on bass. The trio has performed extensively throughout New York City and tri-state areas. 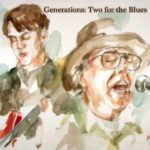 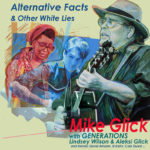